I recently was part of the make-up team at a fashion show for ASOS at Mary Ward House in London. All of the models were brave staff members strutting down the catwalk as part of their Big Social yearly event where all ASOS staff get together!
Claire Cox headed up the hair team and Jenny Glynn the make-up team. There were forty models, twenty five female and fifteen male and between four hairstylists and four make-up artists we had two and half hours to do the hair and make-up.
The hair was worn high up on the girls in a bun, the guys had minimal grooming literally a touch of concealer and powder if necessary. We painted the girls nails prior to make-up in a deep berry shade.
The make-up look consisted of moisturising the skin well to begin then mixing MAC Strobe cream with foundation to achieve a dewy finish. We used MAC pigment in pink opal mixed with Elizabeth Arden 8hour cream on the high points of the face to achieve a strong highlight. Eyebrows were defined and the eye sockets strengthened using MAC texture eyeshadow. One layer of mascara finished the eyes. A touch of cream blush in Tint by MAC on the cheekbones to define a little and the lips were a Strong berry getting ready for autumn winter trends already!
Below are some of my personal snaps from the event. 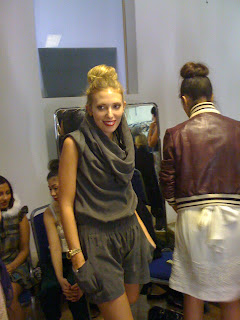 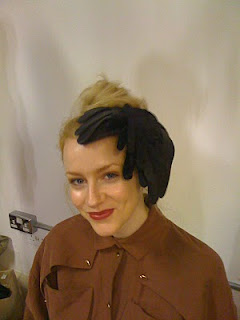 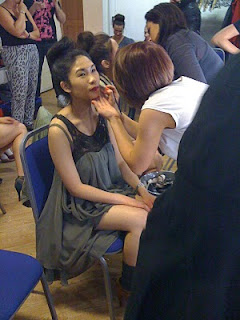 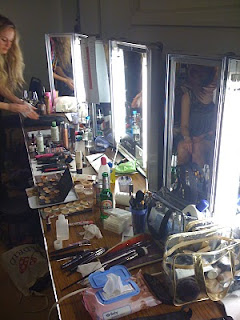 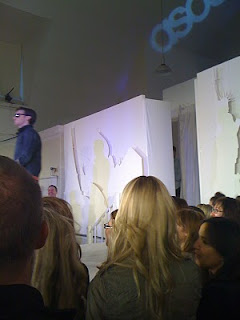 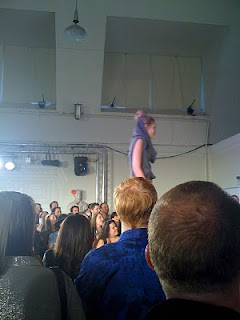